Another daily digest of library news items, with thanks to Shirley Burnham.  Follow her on twitter @shirleyburnham for tweets about libraries!

Chronicle Live : 8th January
Volunteers could man five Gateshead libraries
“People in Ryton don’t want to lose their library, but the current Friends know from our research that it is a tall order to replace a professional service and run it to the same standard as Gateshead Council,” said Alison.  “The question of whether we can move to a situation where the library is run entirely by volunteers is very much in the air.”

Steve Willshaw : 8th January
Why parents should read for pleasure
The National Literacy Trust and the Reading Association do their best to keep reading in the public eye, but against a backdrop of library closures and in the face of massive publicity for non-text based entertainment, this feels like too little.
http://stevewillshaw.wordpress.com/2013/01/08/why-parents-should-read-for-pleasure/

The Star : 8th January
Sheffield libraries face axe in budget cuts
Coun Bryan Lodge, council cabinet member for finance, would not reveal which libraries could be closed. He said: “There is a reduction in the amount of money available for the library service and we need to look at how we can best configure the service for the public. That may mean some might be closed or we may ask third parties if they would be willing to run them. There will be some closure within the service, whether that be reduced hours or loss of buildings. We cannot afford the service which is currently provided.”
http://www.thestar.co.uk/news/local/sheffield-libraries-face-axe-in-budget-cuts-1-5290220 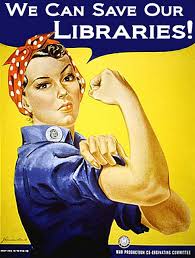